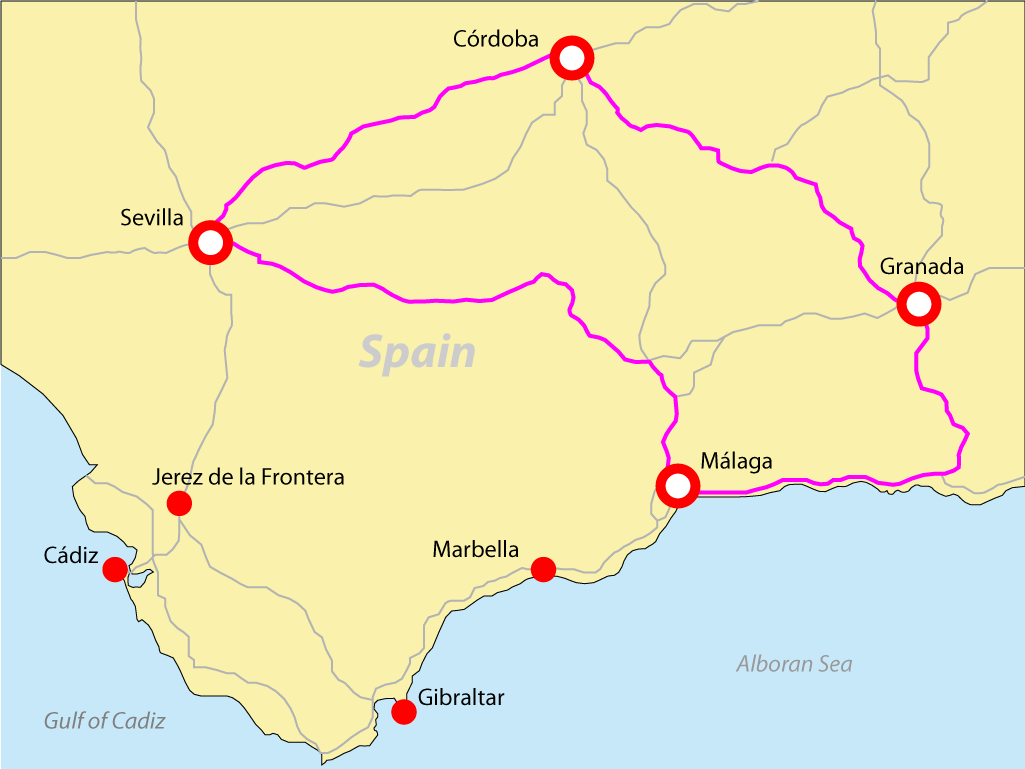 Andalusia is the most populous and the second largest in area of the autonomous communities in Spain. Andalusia is in the south of the Iberian peninsula. The small British overseas territory of Gibraltar shares a three-quarter-mile land border with the Andalusian province of Cádiz at the eastern end of the Strait of Gibraltar.

The name „Andalusia“ is derived from the Arabic word Al-Andalus (الأندلس). Many cultural phenomena like flamenco, bullfighting, and certain Moorish-influenced architectural styles are entirely Andalusian in origin.

Andalusia’s interior is the hottest area of Europe, with cities like Córdoba and Seville averaging above 36 °C (97 °F) in summer high temperatures. Late evening temperatures can sometimes stay around 35 °C (95 °F) up close to midnight, with daytime highs of over 40 °C (104 °F) common.