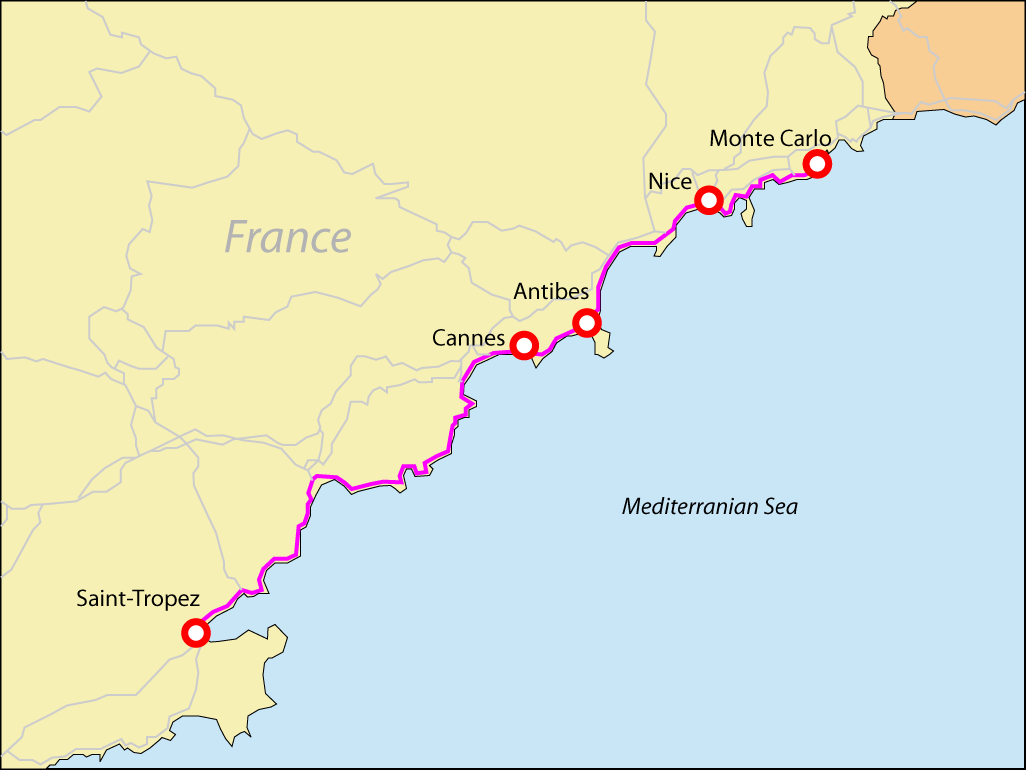 The Côte d’Azur, often known in English as the French Riviera, is the Mediterranean coastline of the southeast corner of France, also including the sovereign state of Monaco. There is no official boundary, but it is usually considered to extend from the Italian border in the east to Saint-Tropez, Hyères, Toulon, or Cassis in the west.