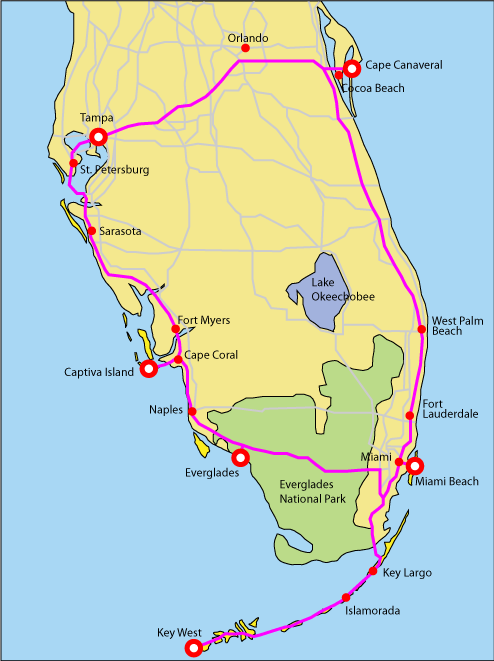 Much of Florida is a peninsula between the Gulf of Mexico, the Atlantic Ocean, and the Straits of Florida. Its geography is notable for a coastline, omnipresent water and the threat of hurricanes. Florida has the longest coastline in the contiguous United States, encompassing approximately 1,350 miles (2,170 km), and is the only state that borders both the Gulf of Mexico and the Atlantic Ocean. Much of the state is at or near sea level and is characterized by sedimentary soil. Some of its most iconic animals, such as the American alligator, crocodile, Florida panther and the manatee, can be found in the Everglades National Park.

Florida is distinguished by its large Hispanic community, and high population growth, as well as its increasing environmental concerns. Its economy relies mainly on tourism, agriculture, and transportation, which developed in the late 19th century. Florida is also known for its amusement parks, the production of oranges, and the Kennedy Space Center.